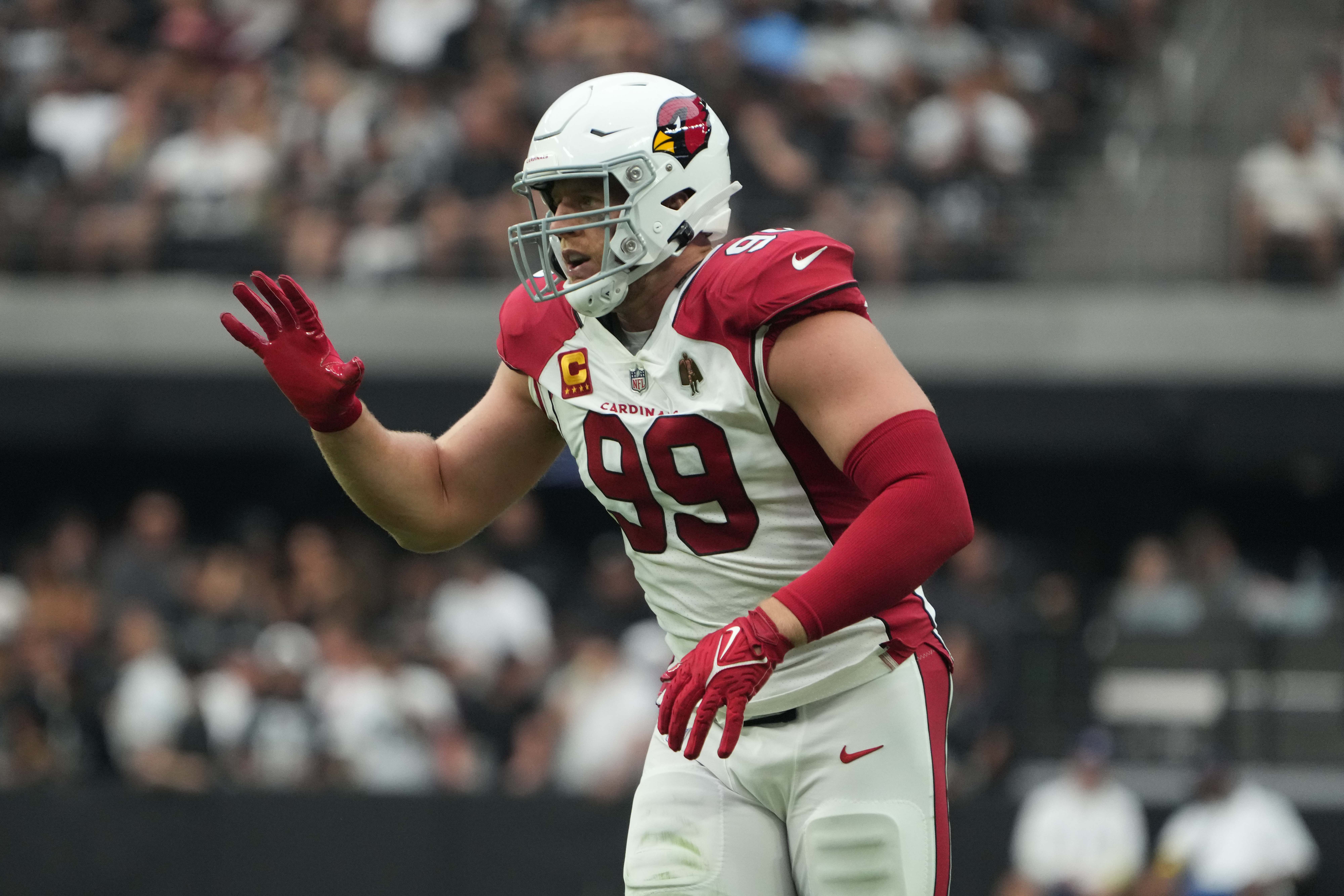 As Arizona prepares to play their division rivals, the Los Angeles Rams, there are two separate streaks on a collision course with each other. One must come to an end this Sunday at State Farm Stadium.

On the Cardinals side, J.J. Watt as of now is ready to go for this week three matchup. Believe it or not, the Arizona Cardinals have yet to lose when J.J. Watt plays a single snap.

The 5-time pro bowler played for the Houston Texans for 10 years before he signed a 2-year contract with the Cardinals before the 2021 season.

Watt played the first seven games with Arizona in 2021 before suffering a season-ending bicep injury. During that first half of the season, the Cards did not lose a single game starting the year above every other team in the standings. They even ended up losing to the Green Bay Packers in week eight, which happened to be the first game that J.J. Watt was inactive.

The same story so far in 2022. Watt missed week one with a calf injury. The Cardinals without their all-pro defensive end fell to the Chiefs 44-21. However, J.J. made it back on the field for week two and worked some kind of magic. After the streak seemed to be over, Arizona overcame a 20-0 halftime deficit to defeat the Raiders 29-23 in overtime.

Sean McVay took over the Los Angeles Rams in January of 2017. This was after the Rams finished a very disappointing 2016 season with a record of 4-12.

Since then, McVay has successfully defeated the Cardinals in Arizona every single time. The Rams head coach has won five straight matchups in State Farm Stadium. In his inaugural season, McVay led the Rams to a 32-16 victory to start the winning streak.

The closest the Cardinals have come to snapping this streak was last season where they fell just short with a final score of 30-23.

To make matters worse, Arizona has not beaten the Rams at home since week 10 of 2014.

Both winning streaks are equally impressive, but one will come to an end this Sunday. The division rivals will enter week three with a 1-1 record making this early season matchup an intriguing one.

Will Sean McVay continue his dominance in State Farm Stadium? Or will J.J. Watt defend his perfect 7-0 record with the Cardinals?