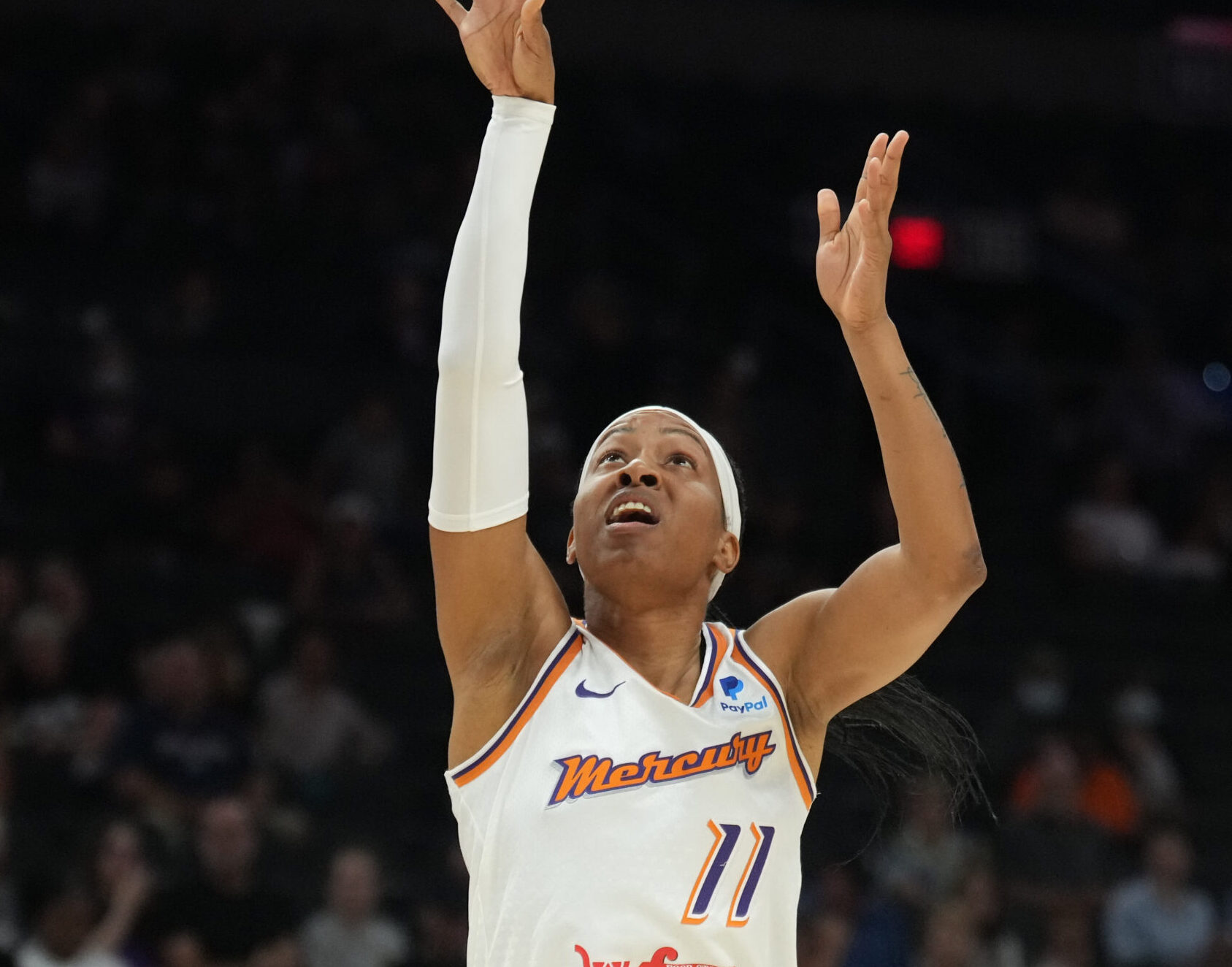 The Phoenix Mercury lost 78-75 to the Los Angeles Sparks on the Fourth of July. Los Angeles jumped out to the early league, but Phoenix used a 10-2 run to close the second quarter to only trail 42-40 at the half.

In the second half, Phoenix battled but could not overcome the size difference of Los Angeles’s frontline. Nneka Ogwumike and Liz Cambage combined for 42 points and 16 rebounds. However, Phoenix did a decent job on the boards on losing the battle 32-30.

Skylar Diggins-Smith led the Mercury in scoring with 22 points on 7-15 shooting from the field; she added four rebounds and five assists. Diggins-Smith has been playing well all season long for the Mercury. Diana Taurasi added 13 points but struggled from the field, going 4-14 and 1-10 from beyond the arc. Shey Peddy and Sophie Cunningham both added ten points apiece.

The Mercury settled for too many threes against the Sparks; they shot 27 threes and only made eight. Also, turnovers killed Phoenix; they had 22 turnovers. You can’t win games with that many turnovers; the Mercury took horrible shots down the stretch and turned the ball over too much. The ball should have been in Diggins-Smith hands more at the end of the game.

Los Angeles had all five starters score in double figures. Along with Ogwumike and Cambage, Lexie Brown added 14 with four three-pointers; Jordin Canada and Katie Samuelson both had ten points. The Sparks only had two bench points while the Mercury had 16 points off the bench. The Sparks did not need much from their bench against the Mercury.

Phoenix will now head home to face New York Liberty on July 7. The last game before the All-Star break. So a win against New York would be an excellent way to head into the break.