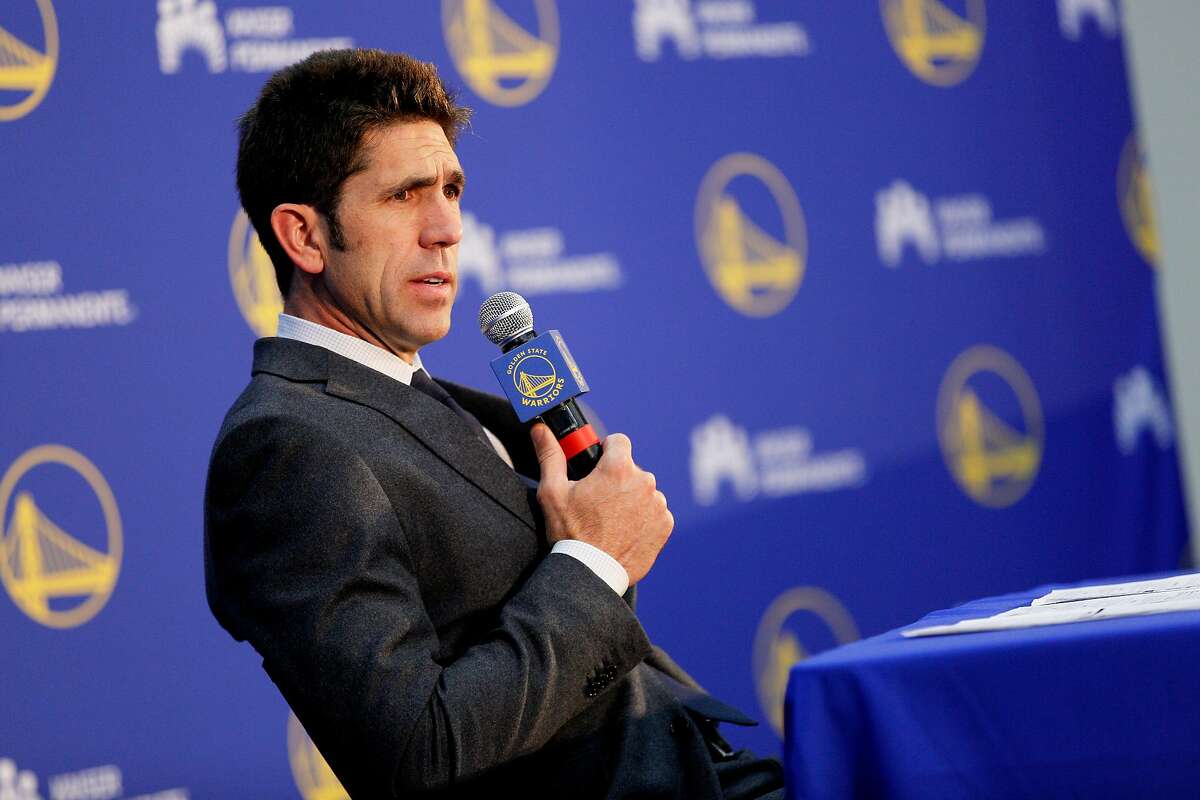 People inside the Golden State Warriors organization expect general manager Bob Myers to leave when his contract ends this summer. However, if Myers does go, the Phoenix Suns could be a potential destination, along with the Washington Wizards, New York Knicks, and the Los Angeles Clippers.

People around Warriors GM Bob Myers believe he could become a free agent this summer, per @anthonyVslater, @ThompsonScribe and @sam_amick.

The Wizards, Knicks, Suns and Clippers are all monitoring the situation pic.twitter.com/ct33LztQcf

Myers has been with the Warriors since April 2012, and they won four NBA Finals titles. During his time with the Warriors, Myers has won two NBA Executive of the year awards; if Myers were to leave, many teams would be after him.

James Jones has been the Suns’ general manager since 2019, and going undefeated in the bubble helped the Suns get to the NBA Finals in 2021. In 2022, Phoenix won 64 games. Jones has done an excellent job, but this season has had ups and downs.

Injuries have hurt the Suns all season; they are in the middle of a sale, impacting many things, including a Jae Crowder trade. So it’s still time for Jones to pull off a trade or two to get the Suns back on track, but they have to get healthy first. Jones has done an excellent job, but if a guy like Myers becomes available, you must leave your options open.

Deandre Ayton is PROBABLE For Tomorrow’s Game vs. The Mavericks
Report: The Suns Are Looking For Three Things In Deal For Crowder
Loading More Posts...