Devin Booker Will Be Re-Evaluated in One Week 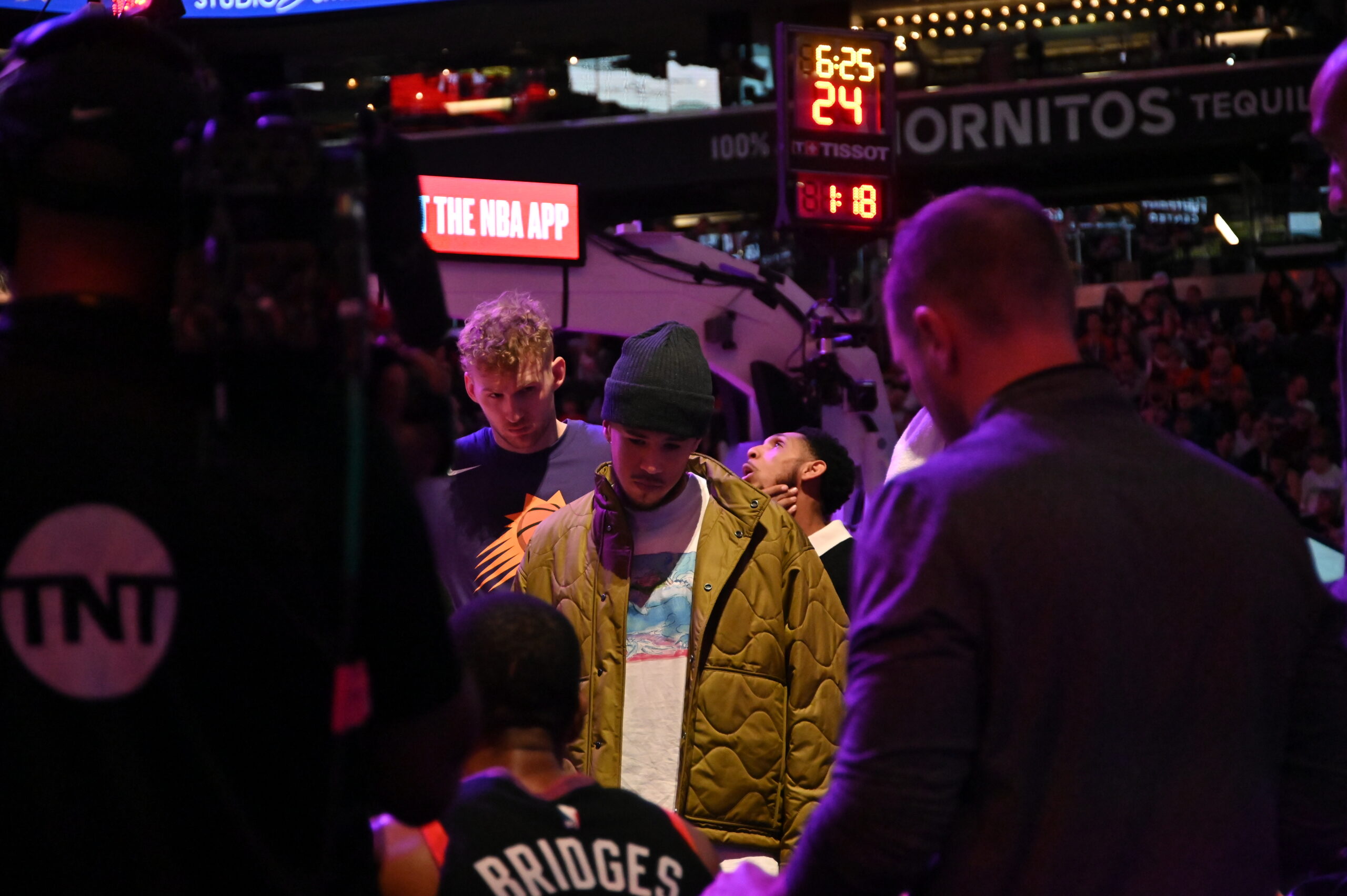 The Phoenix Suns got a news update on Devin Booker’s status after his one-month evaluation period is up. He’s set to now be re-evaluated next week as he’s still making progress from his return to injury.

Over the last couple of weeks of practice, Devin Booker has been showing signs of getting healthy as he’s been doing shooting drills and even one on one action in his practice Tuesday morning available to the media.

The work on the road back continues for Devin Booker pic.twitter.com/N309Wfu4Cy

Devin Booker getting up shots after shootaround pic.twitter.com/49JeevFZWo

Chris Paul, Devin Booker, and Damion Lee getting shots up during todays morning shoot around. Paul is OUT tonight against the Nets with a hip injury.#WeAreTheValley #NBA pic.twitter.com/N0lJFkd76y

He’s been progressing really well as of late and it’s only a matter of time before he gets contact work and the coaches get him back on the floor soon before the All-Star break.

The Suns just got to continue to weather the storm for another week. With them on a 4 game winning streak, it seems like they’re finally getting their groove back with more help on the way.

Mat Ishbia’s Purchase of the Suns and Mercury is Set to Become Official in Two Weeks
Deandre Ayton is PROBABLE For Tomorrow’s Game vs. The Mavericks
Loading More Posts...