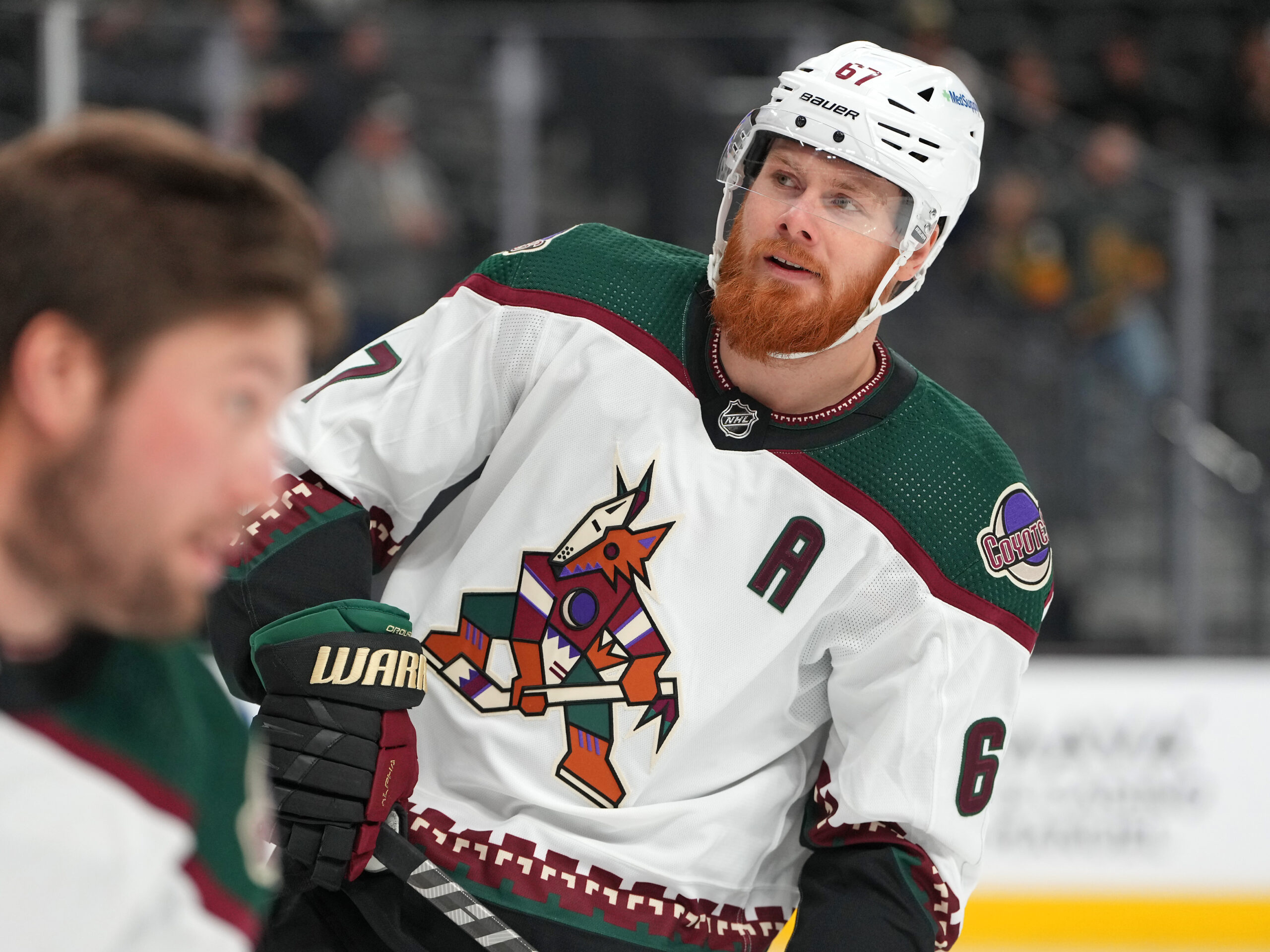 The Arizona Coyotes beat the Detroit Red Wings on Tuesday night in dramatic shoot out fashion. After going into sudden death with either team scoring the game went to a shoot out decision. Coyotes would win 4-3 after an epic battle in Detroit. Lawson Crouse would have a career night for the Yotes.

Lawson Crouse not only set a career high in assist, he assisted on all three goals for the Coyotes in regulation. Being a huge part of Arizona’s win.

Three assist in any fashion is remarkable. Being responsible for all three of your teams goals in a one goal game that went to overtime is special.

Especially after trailing 3-1 in the third period. The comeback lead by Crouse showed this teams toughness and resilience.

The 25 year-old in his 7th season with the Coyotes is coming into his own this season. Recording 65 assist over those 7 years, 11 of them this season. Three of them last night, has to feel good for Crouse.