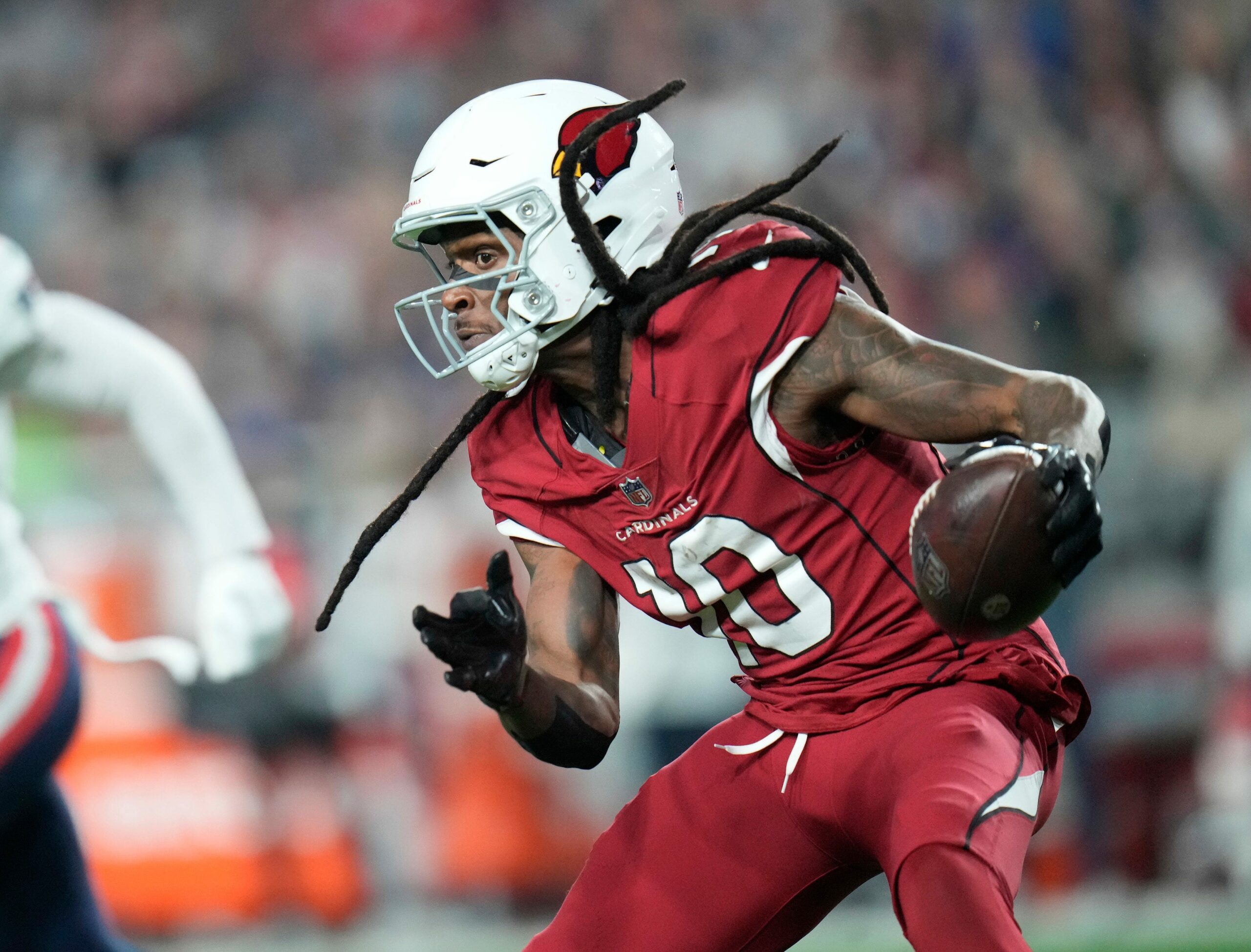 DeAndre Hopkins is questionable to play this Sunday against the Atlanta Falcons due to a knee injury,

The five-time Pro Bowl wide receiver left Friday’s practice early after taking only a few reps and heading back to the locker room.

Kliff Kingsbury has announced they will reevaluate Hopkins tomorrow before they decide whether or not he will be good to play.

If the Cardinals do not decide to sit Hopkins, this will be his first game absent since coming off the six-week suspension at the beginning of the season. From weeks 7-16, the 30-year-old has averaged close to 80 yards per game.

While the Cardinals will be starting their fourth different quarterback this season in David Blough, there is no need to rush Hopkins back onto the field.

Last week against the Buccaneers, D-Hop recorded just one reception for four yards, a shocking career low. His production has slowly dwindled due to the variety of quarterbacks the Cardinals have been using ever since Kyler Murray left on injured reserve with a torn ACL.

The last thing the Cardinals want to do is cause further damage to Hopkins’ knee in an unimportant Week 17 matchup.