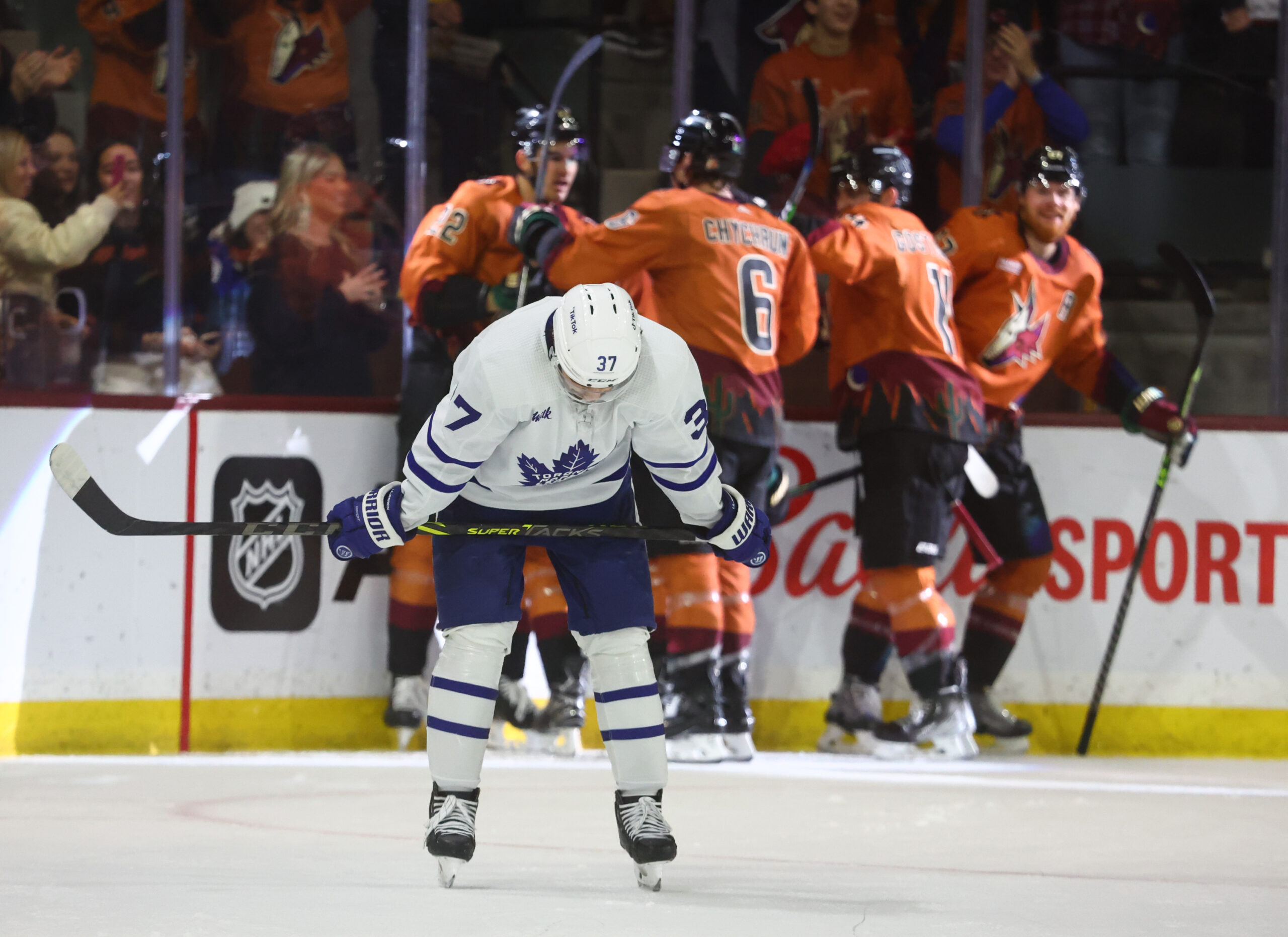 The Arizona Coyotes not only beat the Toronto Maple Leafs. They rallied in the third period to win the game 6-3 after going into the third period down 3-2. The monster come back combine with the electric energy from the crowd, made for a special night.

Last night was a blast! 💥 pic.twitter.com/pF6Y37xyvQ

“Last Night was a Blast”

Mullett Arena was rocking last night as the Coyotes took on the Maple Leafs. By just looking at the stats, it would appear the Maple Leafs won the game. However a magical third period would tell a different story.

Behind two goals from Jack McBain, Arizona scored 4 unanswered to give them a 6-3 victory.

The Arizona Coyotes have been building a fun, hard-nosed style of play this season. Last night was a culmination of everything coming together.

As the Yotes go, the crowd followed. It was wild in the arena last night. The best is yet to come for this young talented team.

The 4-0 third period was something out of a movie. As Arizona sealed the deal on their 13th win of the season. Don’t look now but the Coyotes are closing in on being .500.

The Coyotes will take on the Tampa Bay Lightning Saturday afternoon. Looking to win 3 in a row.