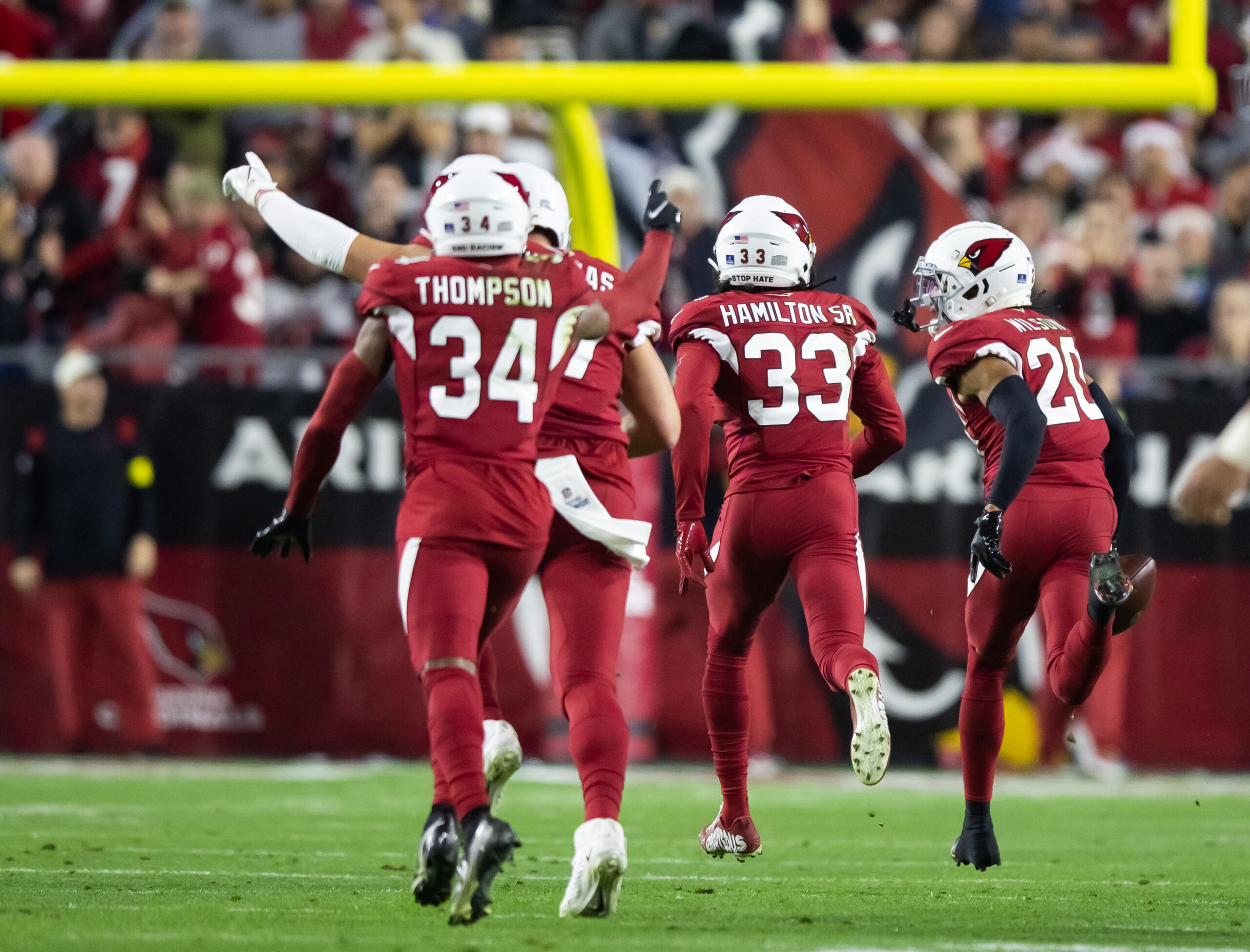 And what better quarterback to do it against than one of the best of all time, Tom Brady.

Wilson was drafted by Arizona in the fourth round of the 2021 draft and has been a consistent threat on defense through his first two seasons in the league.

The 23-year-old recorded the first interception of his young career during a Week Seven matchup against the Saints.

He has now tripled his career total and has powered this Cardinals’ defense to a strong performance through the first three quarters of this Sunday night thriller.

Arizona holds a 9-6 lead over the Bucs with less than 15 minutes remaining.