Devin Booker Out For Second Game In a Row 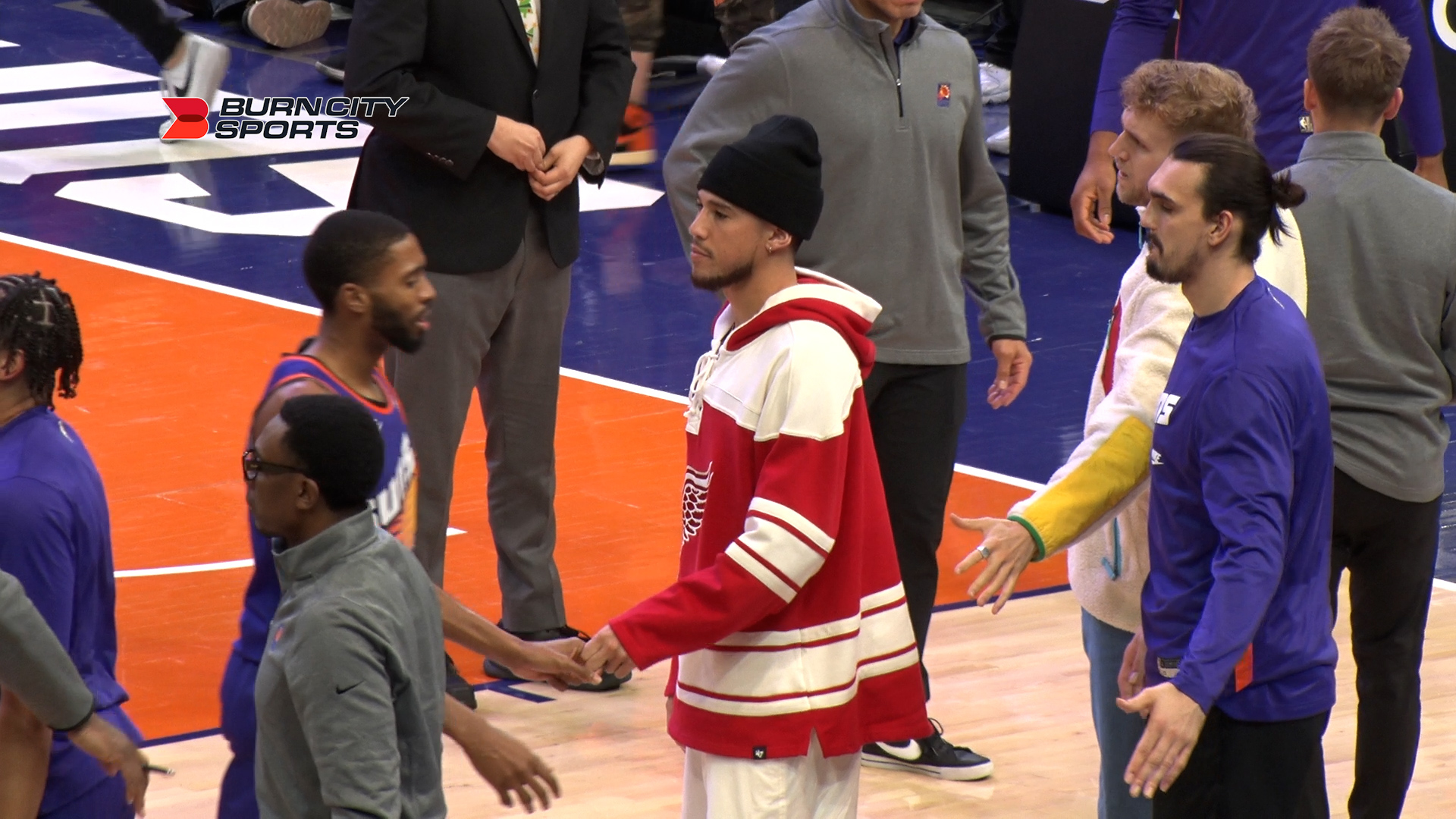 For the second game in a row, Devin Booker will not be suiting up to play due to a groin injury he suffered in Saturday’s win over the New Orleans Pelicans according to the Phoenix Suns. The Suns will also be without Cameron Payne, Jock Landale, Cam Johnson, and now Josh Okogie who is suffering through right hip soreness that he suffered in last night’s win over the Los Angeles Lakers according to Gerald Bourguet.

Clarification from the Suns: Okogie is out due to right hip soreness; Duane Washington Jr. is available. Booker, Landale, Payne and Cam Johnson still out

The Suns had 5 players out yesterday against the Lakers and took care of business by defeating them 130-104 while shooting 51% from three. The Wizards will be without Kristaps Porzingis as he is out with an illness for tonight’s game. The last time Devin Booker played a game was when he dropped 58 points against the Pelicans in a come-from-behind win on Saturday. The Suns will have to continue to wait to get him back out on the court as they’re being cautious with him after a short turnaround from the weekend to now.

Suns Vs. Wizards Preview, Predictions, and Odds Ahead Of Tonight’s Matchup

The Suns are hoping to win tonight to improve to a 4 game-winning streak tonight at 7 PM in Footprint Arena without their star player for the second game in a row.