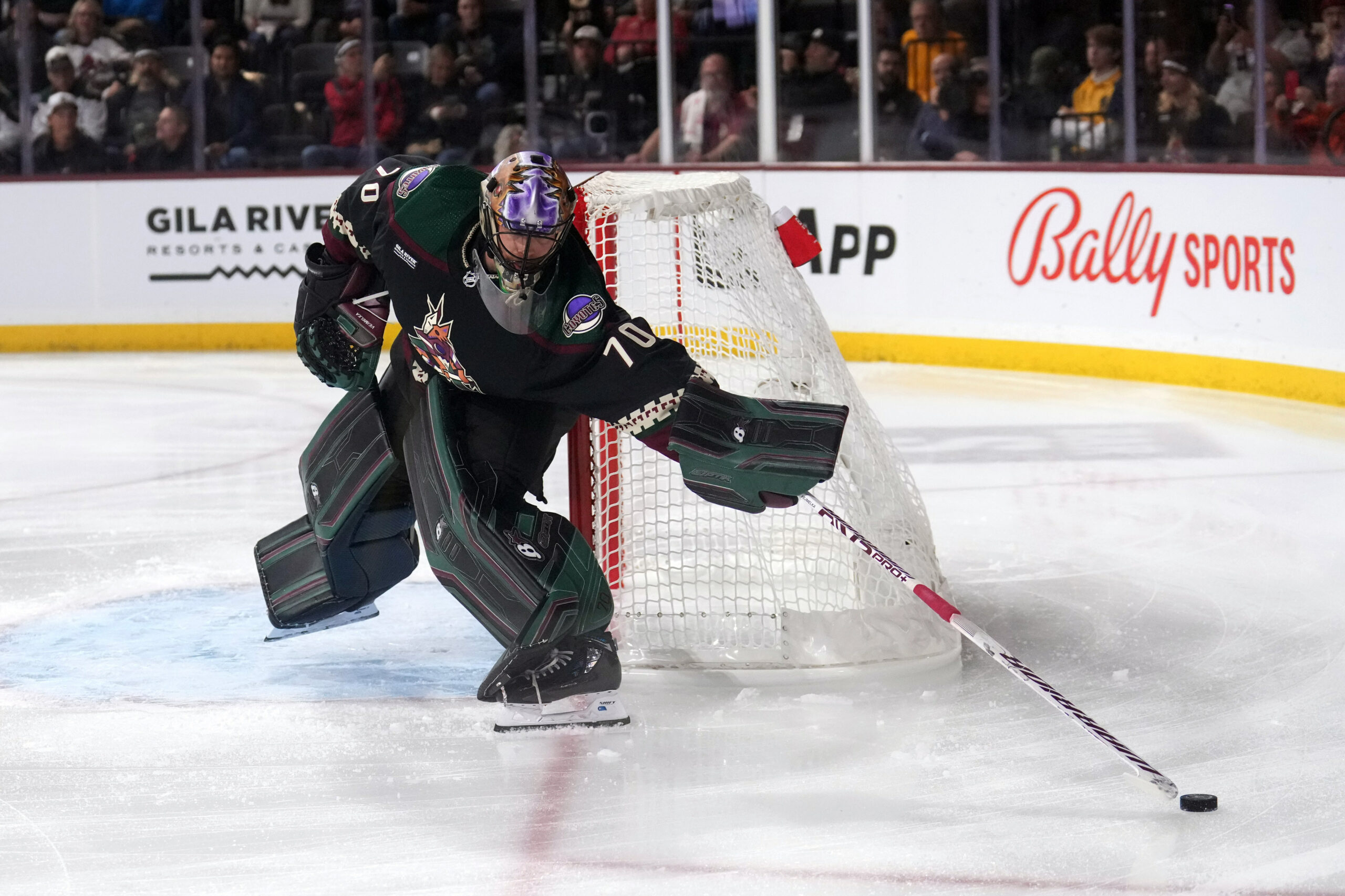 The Arizona Coyotes played their first game in Tempe, Arizona tonight at Mullett Arena. Fans brought the noise as the Coyotes took on the Winnipeg Jets. Coyotes look to get a win in the first NHL game ever in the new arena. The house was jumping!

‘Yotes get on the board first about 10 minutes into the first period. Christian Fischer gets on the board and in the history books as the first goal ever in Mullett Arena. The building went into an absolute frenzy.

It did not take long before Fischer found the back of the net again. With four minutes left in the first period he gives the Coyotes a 2-0 lead.

For the second game in a row Arizona takes a lead into the first intermission. This team is gaining momentum after a rough start to the season. Coyote up 2-1 after the first period.

The defense on both teams cranked up the pressure as both teams went scoreless in the second period. Not only did the defense get physical, behind them the goalies made a few fantastic saves.

A Close Game Down to the Wire…

With 6 minutes left in the game, Coyote goalie Karel Vejmelka blocks three sharp shots in a row to keep the tie intact.

Have yourself a game, Veggie! pic.twitter.com/qRDYcJ8Y4F

Even though the Jets almost double the Coyotes amount of shots on goal, 34 to 20, this game is going to sudden death overtime. In regulation the Coyotes however nearly double the Jets in hits, 33 to 18. After three periods we are tied at 2-2.

Five more minutes were added to the clock as teams get ready to face off for sudden death overtime.

Thirty two seconds later in heartbreaking fashion the Winnipeg Jets win the game on a quick goal in overtime. Blake Wheeler scores for the Jets to give them the first ever victory at Mullett Arena.