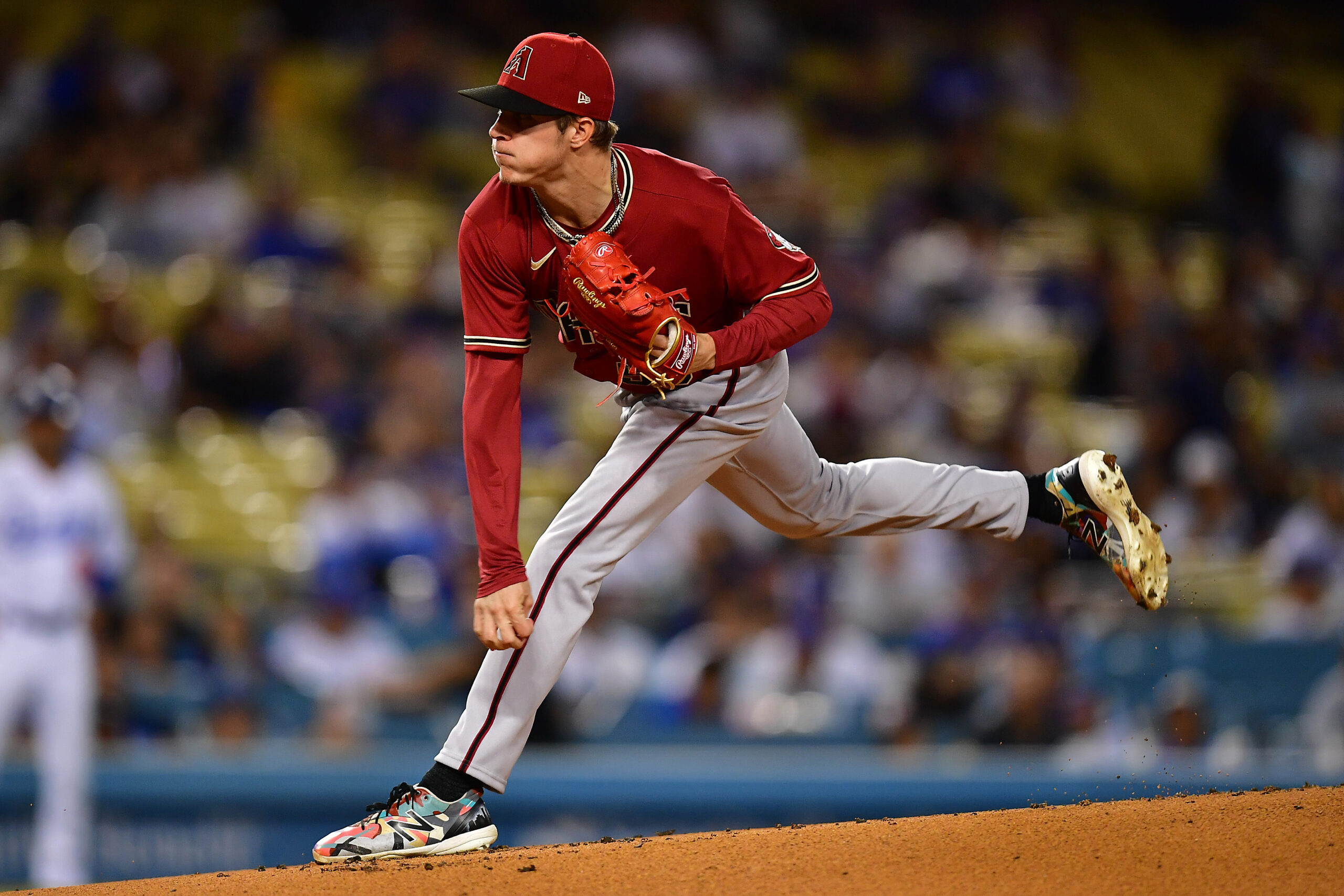 Last night Drey Jameson started his second Major League game against the best team in baseball, the Los Angeles Dodgers. How did he do? Phenomenal!

Jameson pitched 5 innings without giving up a run. In total he pitched 6 complete innings giving up 7 hits, 2 runs while striking out 7 and only walking 1 batter.

He got in trouble in the 6th inning and instead of the trouble escalating, he showed his perseverance and got out of the inning without blowing the lead.

When Drey Jameson left the game the Arizona Diamondbacks had a 3-2 lead over the Dodgers.

Only scores he gave up were off of a Max Muncy 2 run homer in the 6th.

Corbin Carroll and Ketel Marte led the scoring in this game. Carroll hitting an RBI triple, while Marte hit his 12th home run of the season. Carson Kelly also got in on the fun, getting his 34th RBI of the season.

Even though the D-Backs won last nights game, the second of the double header played against the Dodgers. The ugly runners LOB stat has continued to plague them all season.

Last night was no different as the D-Backs left 7 runners on base.

Last Game of the Series

Tonight, the Diamondbacks and Dodgers will face off in the 4th game of this 5 game series. Madison Bumgarner and Dustin May will battle it out on the mounds.

It does not mean much on paper, yet to this fans it would mean a lot to win these last two games against the Dodgers before the season end in two weeks.