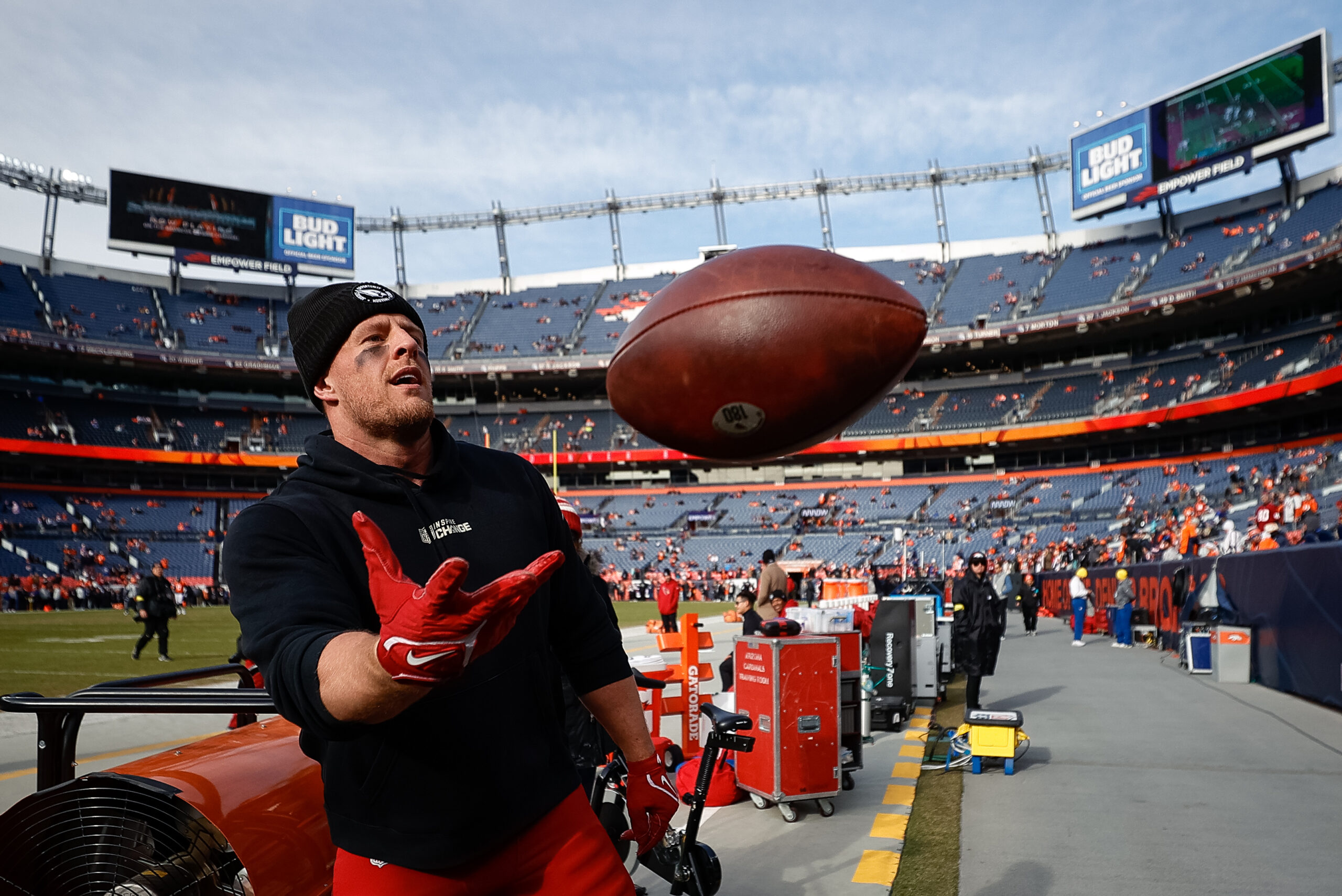 The NFL world was devastated after hearing that five-time Pro Bowler J.J. Watt will retire at the end of the season.

There is no question that Watt will go down as one of the greatest defensive ends in NFL history.

J.J. Watt will retire as one of the greatest defensive linemen of all-time:

It is hard to find a player that has few haters in an unforgivable league, however, J.J. Watt is someone that is truly beloved no matter what team he is on.

J.J. Watt has announced he’s retiring after this season. What a class act. He has inspired so many young boys to be better. I wish him well and sort of hope he coaches. But, whatever he chooses to do I know he will try his hardest. pic.twitter.com/9uN1Wj9HRd

Next stop, Canton, Ohio, and the @ProFootballHOF.
JJ Watt lived up to his potential and more. Few athletes in Houston sports history did as much for the community as @JJWatt.
He helped the city and region heal after Hurricane Harvey. Enjoy your retirement. J.J. https://t.co/GP0GzIFmti

The legendary J.J. Watt is calling it a career. One of the greatest pass rushers in his generation and all time!!#JJWatt #WeAreTexans #BirdCityFootball https://t.co/vzUcOwulBf

I have only gained more respect for J.J. Watt as I’ve watched him handle difficult season with the Cardinals on “Hard Knocks.” He has made Wisconsin proud not only with his career, but with his character.

Looks like J.J. Watt may be hanging them up after these next two weeks. One of the best ever football players on the defensive side of the ball. What a career. No-doubt, slam-dunk, bat-down-a-pass first-ballot Hall-of-Famer. https://t.co/wA0srSNoSp

And there may not be anyone who cares more about winning than the future Hall of Famer.

Had to bring back this clip of @PatMcAfeeShow from NFL top 100 talking about J.J Watt. Enjoy retirement 🐐 pic.twitter.com/4J1cJulPWu

This JJ Watt quote from a profile by @robertmays back in 2014 has rattled around in my brain since the day i read it. Congratulations JJ! You did it! pic.twitter.com/NhrlP9dZ9l

Watt’s career was nothing short of brilliant, but there was one piece of it that was missing, and this is the Super Bowl championship ring.

A ring that many would have loved to see him wear around his finger.

J.J. Watt is going to retire after the season. it’s a shame that he didn’t get a Super Bowl ring but well deserved Hall of Fame career

It’s crazy how J.J Watt will retire from the #NFL without a superbowl ring. 😮‍💨

Defund the Houston Texans and the Arizona Cardinals for not getting J.J. Watt a ring smh