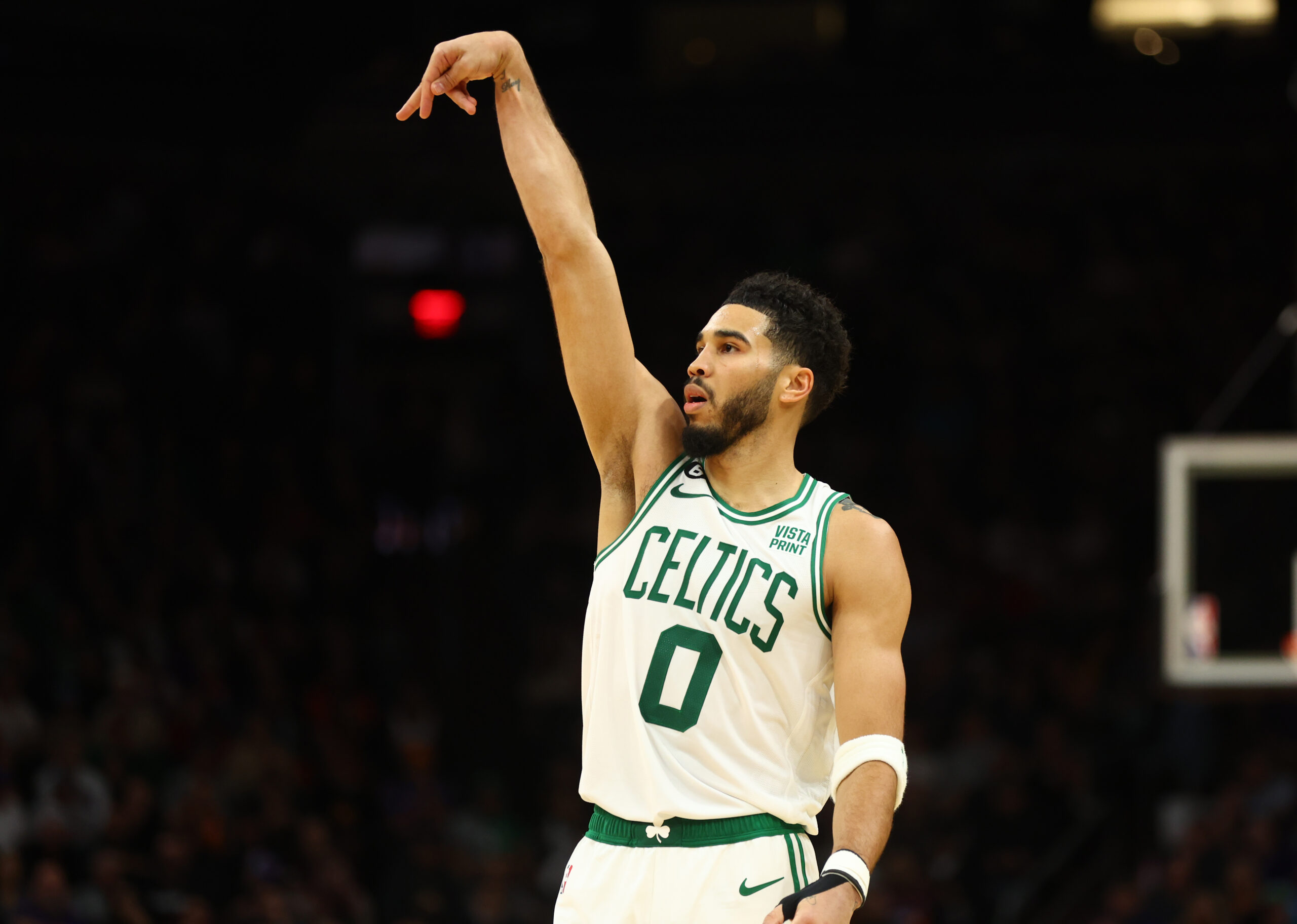 Last night in the Footprint Arena, the Phoenix Suns hosted the Boston Celtics, and well to put it nicely; things got out of hand early. At one point in the game the Celtics were leading by 45 points, and Suns fans headed for the exits early. Leaving Celtics fans in the desert the space to cheer, and cheer for Jayson Tatum, they did.

Usually when someone says this, they are referring to Devin Booker. However, last night things got away from the Suns. Fans were tweeting about how they left in the middle of the third quarter.

Early in the game, Phoenix faithful drowned out any Boston chants with ease. As the night went on and more and more fans headed home for an early bedtime, Celtics fans could not be drowned out anymore.

And these fans were going to be heard. Late in the game with Jayson Tatum at the free throw line and having another brilliant showing, it began.

After last night, the Suns have been blown out in two straight games, by two playoff teams. Devin Booker and company need to get back on track.

In a season that is supposed to be the Suns for the taking, allowing another superstar to come in a get MVP chants from your city is embarrassing.

Phoenix will look to get right in back to back games against the New Orleans Pelicans. Who possibly are the hottest team at the moment.