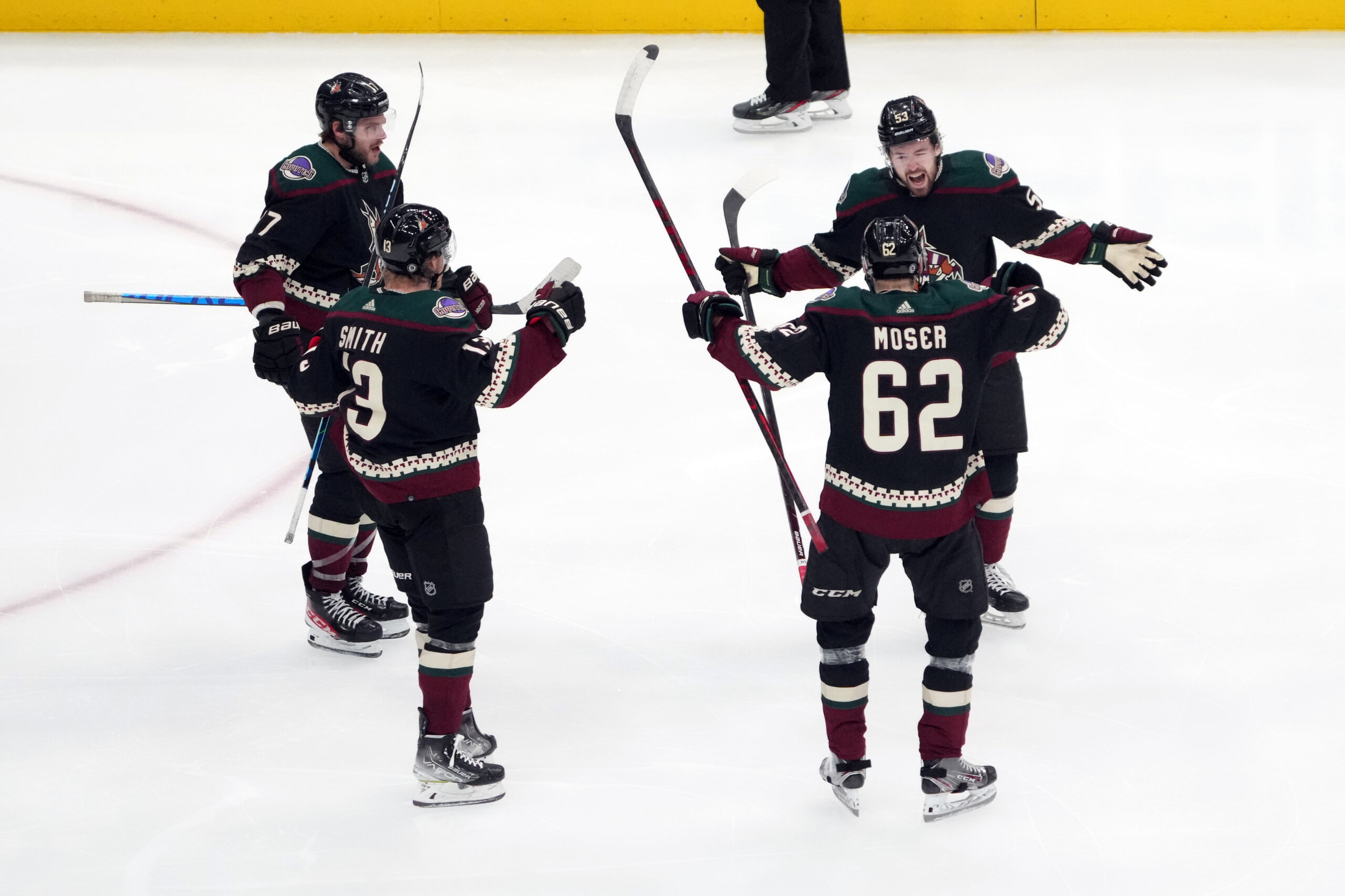 The Arizona Coyotes started their preseason with two games over the weekend. Both of which the Coyotes loss by 1 point. The St. Louis Blues beat the ‘Yotes in a high scoring affair 5-4, followed by a 3-2 loss to the Las Vegas Golden Knights.

Most Exciting Coyotes Season Yet

This team has expressed in many different places that it plans to be a tough team to play. The Coyotes plan to be competitive, which in the long run will turn into some wins.

The game is played mentally has much as it is physically. Players and coaches have mentioned wearing other teams down and not taking plays off as a motivating factor coming into the season.

“It’s just part of our team DNA. It’s who we want to be. We want to be hard to play against.”

Great to See Them Back on the Ice

No matter what happened this weekend, it was great to see the Arizona Coyotes back on the ice. This team is fun to watch, they are playing competitive hockey and skating hard.

As the countdown to the regular season continues, the preseason continues. Two games over the next two days against the Dallas Stars and Anaheim Ducks. Burn City will continue to update any breaking news and recap games through out the season.