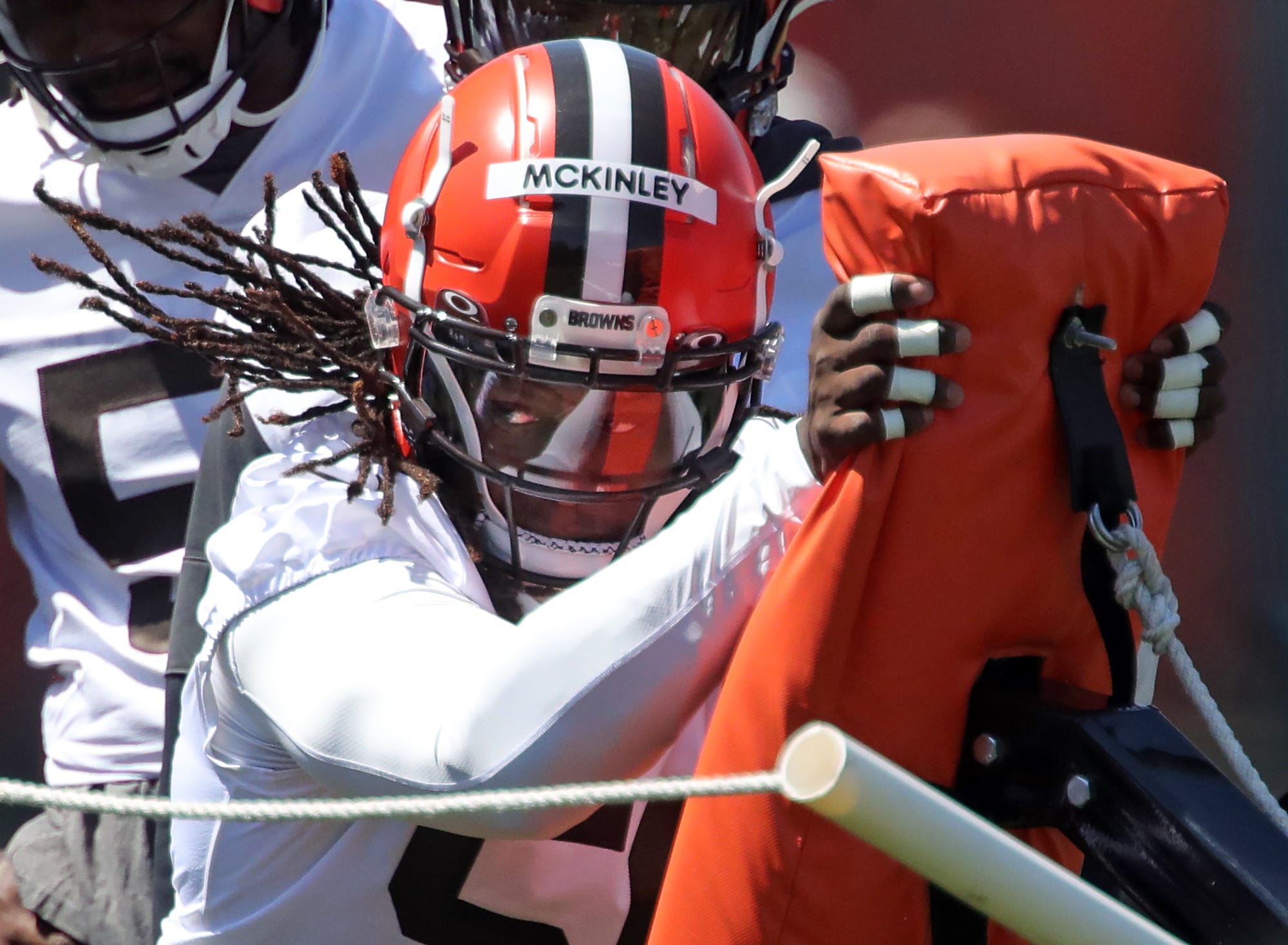 According to reports, Takk McKinley is expected to meet with the Arizona Cardinals on Tuesday. McKinley spent last season with the Cleveland Browns.

If you’re wondering DE Takk McKinley will visit Arizona on Tuesday, a person with knowledge of the situation said. Cowboys still in the mix.

McKinley played in 11 games for the Browns, had 18 tackles, 2.5 sacks, and forced fumble before an Achilles injury in December. Before playing for Cleveland, McKinley was claimed by the Las Vegas Raiders after being released by the Atlanta Falcons. The edge rusher did not appear in any games with the Raiders.

The Falcons drafted McKinley in the first round of the 2017 draft, he compiled 79 tackles, 17.5 sacks, two forced fumbles, and a fumble recovery in four years with the team. 13 of his 17.5 sacks came in his first two seasons.

If signed by the Cardinals, McKinley would play outside linebacker and give a veteran presence and pass rushing depth to Arizona.