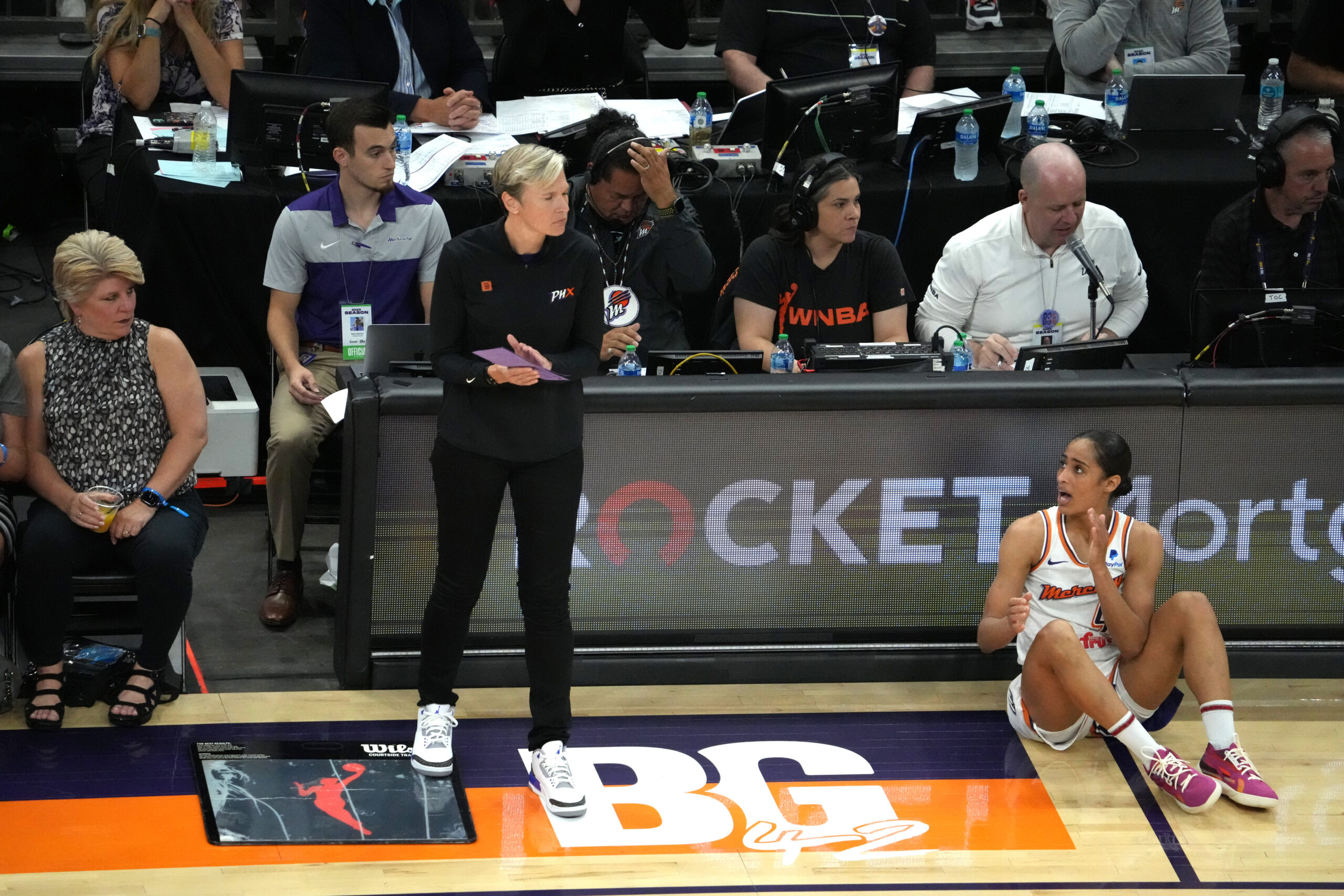 The Phoenix Mercury lost a crucial home game to the Atlanta Dream 85-75. Although Atlanta was without Rhyne Howard, Nia Coffey and Monique Billings were still able to beat Phoenix.

Phoenix led 73-70 in the fourth quarter after a Sophie Cunningham three, but Erica Wheeler said watch this, Wheeler hit back-to-back threes, and Tiffany Hayes hit a floater to give the Dream a 78-73 lead. After that, Atlanta never relinquished the lead. The Mercury only scored two points in the game’s last five minutes. You got to be able to execute down the strech.

Diana Taurasi led the Mercury in scoring with 23 points but only shot 2-10 from beyond the arc. Shey Peddy added 16 points, six rebounds, and five assists. Skylar Diggins-Smith struggled, shooting just 5-17 from the field. Cunningham added 11 points and nine rebounds.

Atlanta shot 47.9% from the field and 43.5% from the three-point line. Phoenix has struggled all year long on defense, and it showed against the Dream. The Mercury were outrebounded 43-28. You can’t win many games when you can’t defend and rebound.

Cheyenne Parker led Atlanta in scoring with 21 points while adding 12 rebounds. Hayes scored 16 points, while Wheeler added 14 points with her two big three-pointers in the fourth quarter. Adding Asia Durr was an excellent move for the Dream; she pitched in with 12 points.

Once again, the Mercury attempted many threes, going 8-29, which is good for 27.6%. It was a chance for the Mercury to get an easy win with a banged-up Atlanta team coming into Phoenix, but Atlanta played like a team fighting for a playoff spot and came out with a huge road win.

Now Phoenix has four days off before hosting the Seattle Storm at home. Since the contract divorce, it will be Tina Charles‘s first game against Phoenix. It will be a massive game for the Mercury, battling for the last playoff spots.