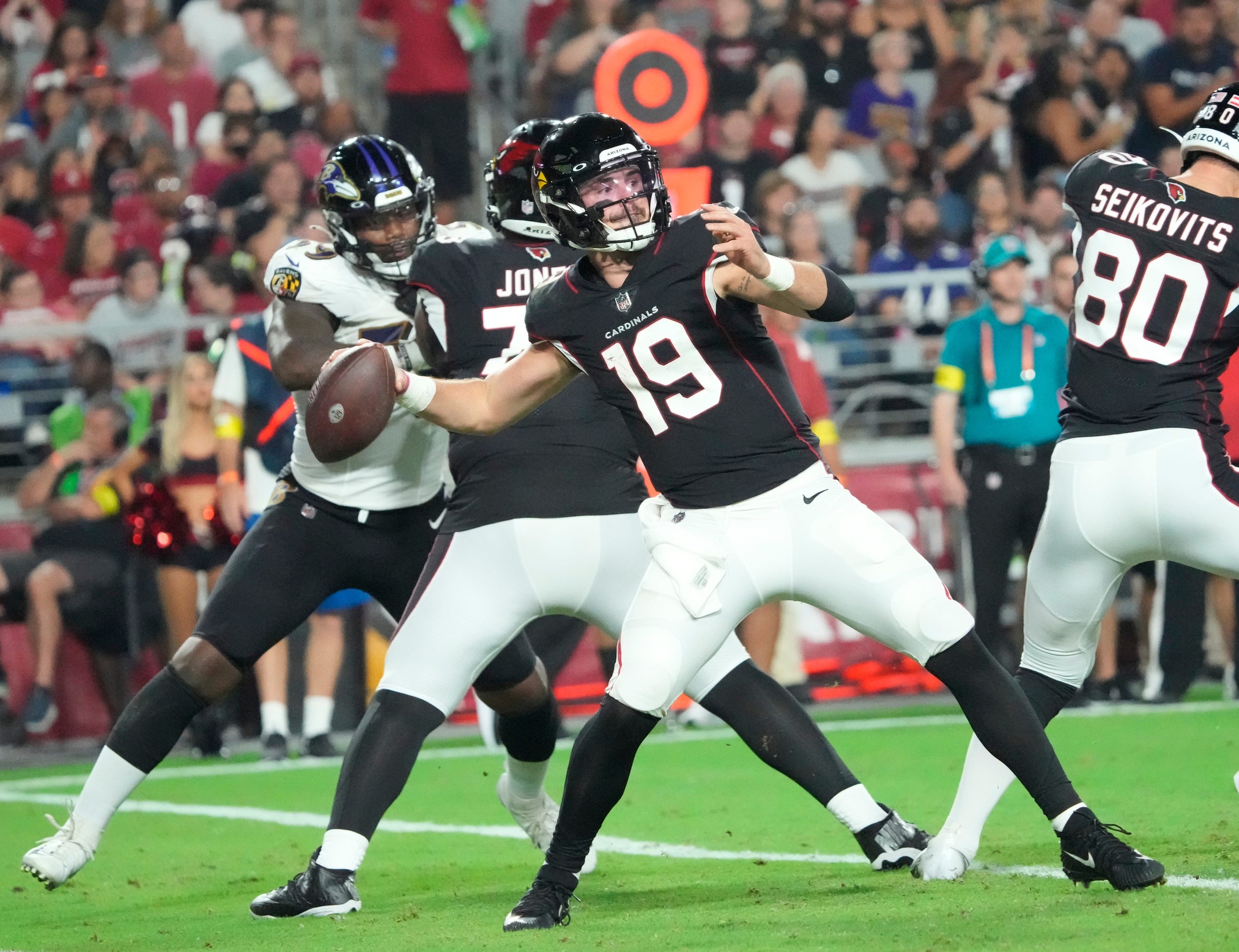 Some notable names that are being given another shot on the roster are quarterback Tracey McSorley and linebacker Chandler Wooten.

Sorely, 27, turned heads during his preseason showcasing. The former Penn State field general completed 13-of-22 passes for 163 yards, resulting in one touchdown. He also turned in a throwing show against the Baltimore Ravens, throwing for 229 yards. He’ll likely remain the third string at quarterback.

Arizona also elected to bring back Austria native Bernhard Seikovits. Seikovits spent most of his time playing for his hometown in Vienna prior to signing with the Cardinals in 2021. He doesn’t count against the practice squad limit given his international exemption status.

With the return of the 11 players, Arizona now has five open spots remaining for the practice squad.

In three preseason games, the Cards went 1-2. Arizona got off to a hot start during its first bout with the Cincinnati Bengals, but the final two outings against the Ravens and Tennessee Titans ended in dismay.

Now, with the roster cuts complete the Cardinals will take the next few weeks to prep for the upcoming season. Arizona will take on the Kansas City Chiefs in its season opener. The schedule doesn’t slack off from there, given the Las Vegas Raiders matchup in Week 2 and the Los Angeles Rams bout in Week 3.